England captain Dylan Hartley could return to action with Northampton before the end of the season, according to Saints’ director of rugby Chris Boyd.

The 31-year-old missed the entire Six Nations campaign and has been sidelined with a knee injury since December. 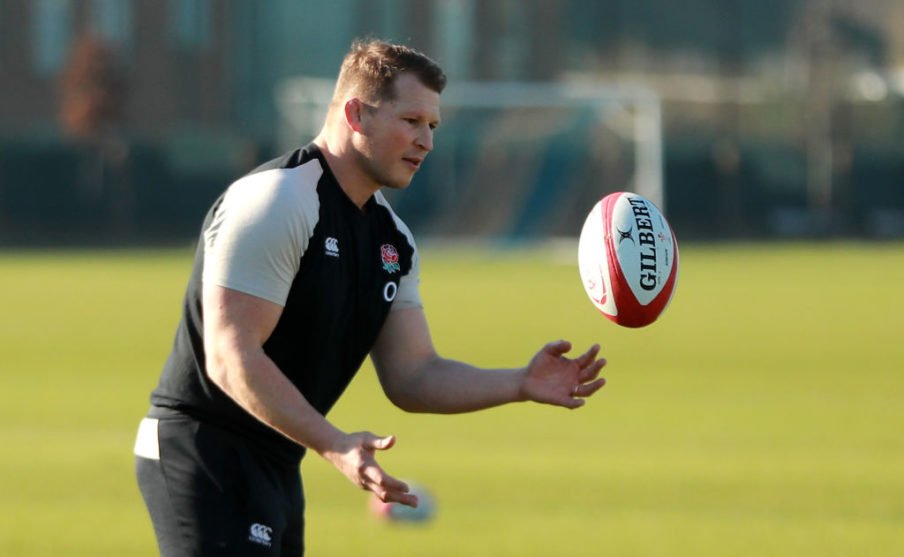 However, the Saints hooker was pitchside for Northampton on Friday night in their 29-15 win over Leicester Tigers.

Talking to the BBC, Boyd gave a positive update regarding Hartley’s fitness.

Dylan has been to the specialist. It was really positive.

I’m not sure when, but I’m really optimistic Dylan will play some football before the end of the season.

He might be three to six weeks, but he’s in a really good space.

England are next in action against the Barbarians on June 2 before taking a summer break.

Eddie Jones’ side will then play four warm-up games ahead of the World Cup, with their campaign scheduled to get underway against Tonga on September 22.

Hartley is England’s second most capped player and having the hooker back to full fitness before the end of the domestic campaign will come as a huge boost for Jones and England’s World Cup hopes.